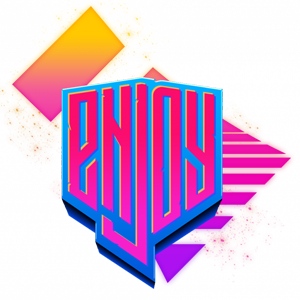 By clicking “Accept All”, you consent to our website's use of cookies to give you the most relevant experience by remembering your preferences. Accept All & Close

1. Goals
1.1 The goal is to have as many players enjoying Rust as possible, playing by the rules without using cheats or gamebreaking exploits.
2. Tools
2.2 Admins identify cheaters and players breaking the rules by available/processed game information and in game observation.
2.2 Admins can switch to various invisibility modes to inspect the game without disturbing it.
2.3 Admins use plugins in game to help them assess player positions, movements, inventory, health and POV vectors.
2.4 Admins can enter any space of the map and identify entity creators as well as users of Boxes, Doors and Tool Cupboards (etc.).
2.5 Admins may chose to set up traps and conditions which will make it possible to identify cheating or rule breaking players, if this does not influence gameplay overall.
2.5 Admins can switch between player mode (all admin tools inaccessible and deactivated) and admin mode at any time.
3. Administrative Action
3.1 For breaking Rules as well as cheating, the punishment is a permanent ban as stated. Admins may change punishment for rule breakers to a timed ban or to giving out official warnings to not repeat the offense.
3.2 Admins may chose to humiliate convicted cheaters or rule breakers, if this does not influence gameplay overall. Those actions are recorded and being shared with the Team.
3.3 All administrative action is shared with the Team and any Team member may challenge the assessment. In this situation, a discussion takes place which may lead to new insights.
3.4 If an administrative action is found to be not appropriate, the punishment is altered or waived and the player is informed on discord as well as all players are informed using in game chat.
4. Transparency
4.1 Administrative actions of bans and kicks are shared openly in #🚫public-shaming .
4.2 Admins may chose to share all administrative actions using the Rust Admin ban sharing system as well as discuss and share them with other server owners.
4.3 Admin activities such as each use of the tools mentioned above will be logged to a channel visible to the team. They can be used to identify admins behaviour during gameplay.
4.4 Admins communicating in game or through game console are always identifiable by their Name (according to Discord) as well as a bright green colour while in game.
4.5 Anything spawned in into the game will trigger a public message to all players. The Server will display a message "(Name) has spawned (amount of) (Item)" in game, visible to all if he ever does, which will trigger an internal inquiry.

5.1 Admins are allowed to play Enjoy servers (see #❓faq ).
5.2 Admins are forbidden to and will never switch into admin mode while playing to gain an advantage in game.
5.3 While playing one server of Enjoy, their admin activities will mainly focus to another Enjoy server. In urgent cases or if no other admin is available, they may switch to admin mode to inspect the situation. Generally, they must call for another admin to join game first or to accompany them, or screen share with another admin.
5.4 Admin will not activate any tool which would give him insight into their surrounding while near to his base. After finishing his inspection, admin will remain in base for 10 Minutes until the surrounding has reset.
5.5 If an admin has gained information about the construction of a base while fulfilling his admin duties, this base is out of bounds for any raiding/camping activity to him. He will not target the owner of that base as a player during the rest of the wipe.

6.1 Admins enter other players bases only if inspection is necessary to assess rule breaking or cheating activities.
6.2 Admins never remove deployables, entities or items from boxes of other players while in admin mode, if it's not part of administrative actions or with consent of the owner.
6.3 Admins never spawn in items in game. (see 4.5.) Exceptions are of celebratory nature and given to all (ie Fireworks on New Years Eve, Pookie Bears when server wiped late etc.)
6.4 Admins communicate respectfully while fulfilling their duties.